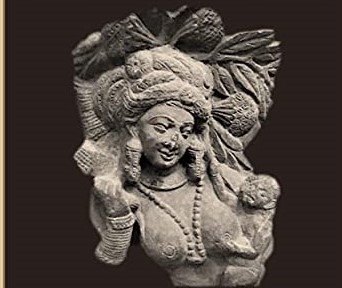 Researcher Rekha Rao's new book - Ayurveda in Indian Temples: Depiction of Herbal Medicines through Apsaras and Shalabhanjikas - takes us on a mythical journey to Ayurveda through art. This book explores how the knowledge of Ayurveda was depicted in temple sculptures. The focus is on Shalabhanjikas, Yakshis and Dohada figures, which are depicted as celestial beauties on the outer walls of temples throughout India. This book looks at various types of medicinal plants depicted along with these figures and the dress code and elaborate jewelry that has been standardized for these sculptures. CSP in a conversation with the author, explores how this illustrative book is a comprehensive documentation of how these figurines have immortalized the Ayurvedic and the cultural heritage of India.

How has Indian culture imbibed Ayurveda in literature and architecture. What impact did this have on people?

Ayurveda in literature explains the medicinal herbs that are used in the preparation of medicines. Commoners were often not aware of how the related plant looked like. In temple sculptures of shalabhanjika or dohada figures, highly adorned celestial beauties embrace or hold the flowering or fruiting trees that have medicinal properties. This was with an intention to educate people about how to love plants, nurture them lovingly and use the plant products for healthy living. The prime intention probably was to promote aspects of harmony, ecological balance and coexistence between the tree, animal and human groups. It encouraged the conservation and love for plants, and the use of plant products for therapeutic properties. The information on plants and their  herbal medicinal properties were depicted in sculptures because in olden times temples were not only religious centers but also were cultural and educational centers.

What inspired you to study Shalabhanjikas, Yakshis and Dohada figures and their connect to Ayurveda? Which temples are they found in?

My first introduction to medicinal plants was from my grandparents. My grandfather was an Ayurvedic doctor and my grandmother used to assist him in making herbal medicines at home. As a young girl, 8-9 years old , I was introduced to how herbal plants and ingredients were collected and how the powdered form was made into a decoction, etc when I assisted them in the preparation of medicines at home. Later I studied Botany as a major subject at graduate level which helped me to identify plant names, their habitat, families etc.in sculptures. I studied ancient history and archaeology at PG level which introduced me to sculptural art of India.

Apsara figures have always inspired me to know more about the multiple activities they are depicted with. A closer study of divyangana/ shalabhanjika figures with trees revealed that the trees depicted were not just motifs but a realistic picture of varieties of trees highlighting the leaf, flower and fruit structure precisely. These varied and interesting species of plant representations held by shalabhanjikas evinced keen interest in me which made me dive deep into the message they  intend to convey.

Why do you think these celestial beauties were selected to depict medicinal plants?

The Rig Vedic stanzas of mandala 10.97, has addressed trees as mothers, which came before the Gods. They are relievers of pain and restorers of health, bearing the strengthening sap for very long periods. The blooming of flowers and bearing of fruits were compared to the “Pushpavati and Prasoovari” stages of coming of age and the reproductive stages of a woman. The divine status of mother given to the tree was also conveyed through association with semi divines goddesses and dohadavati (pregnant) figures.

Regarding the intentions of the representation of a lady with a tree, a mere picture of a tree in sculptures does not create enthusiasm in commoners to observe or understand the values of plants or trees. When associated with a beautiful well adorned young woman, the tree gets noticed while admiring the beauty of sculpture and understand the multiple uses of plant products. Probably, this was the fundamental intention why a beautiful well adorned woman like Apsara, shalabhanjika or yakshi, the nature spirit, holding the branch of a tree got introduced in Indian art as decorative and informative figures.

Did you find evidence of these plants being used in the daily lives of people?

Is there a theme in the depiction. Could you give examples of plants portrayed?

The most popular theme of shalabhanjikas is about the association of divyangana with Ashoka tree and flowers. Ashoka dohada is a famous ritual where the woman touches the tree in various ways and brings it to flower. Ashoka is an extremely popular medicinal herb in Ayurveda, where it is said to be particularly useful for treating a range of conditions related to the female reproductive system. Many parts of the tree like the bark, leaves and flowers are with medicinal values that reduces the pains during menstruation and hence called an effective woman’s tonic. This connects to the term A-shoka - the one which lessens uterine pain. The bark is also peeled and used as medicine. The juice obtained from boiling the bark is a cure for belly ailments, in the treatment of gynecological problems and menstrual disorders in women like menorrhagia (scant menses), leucorrhea, internal bleeding, hemorrhoids, and hemorrhagic dysentery. Charaka Samhita mentions the herb also acts as an astringent and analgesic.

Another interesting medicinal tree representation is the Noni fruit tree. The Sanskrit name for noni fruit is Ashyuka which means longevity and used to treat a variety of ailments. The fruit, leaves and roots are used as medicines. It is an evergreen shrub, a small tree with conical crown and bears fruits all through the year. The ripe fruit has pungent odor and is called cheese fruit for this reason. It contains many seeds. The slimy pulp is sweetish sour and is “Tridoshanga” in Ayurvedic terms which mean that which pacifies all three vitiated doshas. Ashyuka / Noni plant is a source of Phyto nutrients and known to boost immune system as it has anti-inflammatory, anti-viral and anti-bacterial compounds. A variety of beverages are made of the fruit as it is rich in mineral contents like iron, calcium, potassium, and sodium. These trees are depicted in shalabhanjika figures which shows only flower or fruit. The additional information connected are to be studied in scriptures. (attached pictures 1 and 2) You have written a book on the beverages of ancient India in the Vedic age. Are these the earliest recipes in the world?

I have written about how the invigorating drink soma juice was extracted from soma plant in soma yajnas, correlated with the seals of Indus valley civilization. Vedas also have description of making ‘sura’ the beverage made by the celestial physicians Ashwin gods as a remedy for over consumption of soma juice. These are definitely the oldest beverages of ancient land of Bharatavarsha. I have not studied whether they are oldest ones in the world.

Is there a connect between this art and our Ayurveda texts. Is there any scriptural explanation?

Plants as the source of medicines is described in Rigveda itself. Rudra was the expert god of medicines, was “Deva Bhishaja” who saved people and cattle from ailments. Later we can also see the mention of Hanuman bringing medicinal plants from sanjeevani parvata to save Lakshama’s life. Ayurveda was also revered as upaveda of Rigveda.

Temple architecture and Ayurveda are two different ancient heritage knowledge systems of India. The former relates to preparation of medicines while the later, the sculptures of Apsara figures in temples are with multiple significance of aesthetic and supportive values. We can see how sculptural art depicts medicinal plants. The converse of it seeing sculpture in Ayurvedic text may not be there.

How does this book tie in with your other research. How did you get interested in these sculptures?

As said before, I am fascinated by the beauty and significance of Apsara sculptures. The accessories they hold like tree branches or instruments or activities like hunting or rearing of pets speak volumes reflecting the social life of the elite. The infinite knowledge contained in Rig Veda, Natyashastra, Upanishads, the ancient treatise Manasollasa, Manusmriti, Amarakosha, all influenced me to research on correlative work between sculptures and scriptures. I have attempted to work analyzing the science of tattva yoga hand mudras, also called Mudra vijnan in sculptures which is yet another branch of therapeutic practice of ancient India. These mudras are depicted in temples through Apsara figures.

Are there any Sthala puranas relating to the figurines?

Sthala puranas go more with depictions of puranic episodes and mythological episodes. Shalabhanjikas are not much associated with this. But, regional variations dynastic architectural styles and availability of stone texture play a great role in the depiction of costumes, jewelry hair dress etc. The plants chosen for shalabhanjikas are mostly common all over India.

(Both e-book and print versions of the book are available for purchase on Amazon.  To buy a print book in India, please contact the author Rekha Rao (rekhasubbarao@gmail.com).