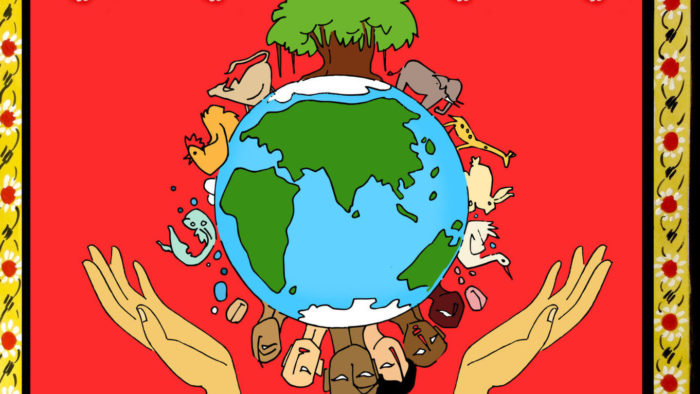 Zeynep Tufekci in his article “Preparing for Corona virus to Strike the US” in the Scientific American dated February 27, 2020 responded to the call for Americans to wash their hands, maintain hygiene, stock food with the words ‘Forget all that.’

Instead, he advises “for the sake of everyone else, prepare to stay home for a few weeks.” Preparing for the global spread of this virus would require us to do things which would probably be “one of the most pro-social, altruistic things you can do in response to potential disruptions of this kind…we should prepare, not because we may feel personally at risk, but so that we can help lessen the risk for everyone.”

The Hastings Center, founded in 1969, is an important agency which helped to establish the field of bioethics. It carried an article recently by Sridhar Venkatapuram, an associate professor of global health and philosophy at King’s College London, where he argues that public health ethics has to now focus about “how we organize our society and how we relate to one another.”

Venkatpuram in his article,”Covid-19 and the Global Ethics Freefall” (https://www.thehastingscenter.org/covid-19-and-the-global-ethics-freefall/) writes that while talk of ethics and public deliberation during a pandemic may seem superfluous, there is much work here “for those courageous enough to show how social inequities and injustice produced the outbreak and the way it is progressing” and that with the pandemic, “everyone is a global ethicist now”.

Speaking to CSP, Dr John Porter, a Western trained allopathic practitioner who works in international public health and for many years has been drawn towards the ancient health traditions in India, says “in the earth of the Indian sub-continent and in the fire, the water, the air and the ether that manifests here, there is the knowledge to transform and to re-balance the current world which is under severe strain and needs some direction and leadership particularly in the area of ecology and human balance with nature.”

He says now is the time for a ‘new story of the universe’. “This is about the communication between humans and nature. What is that conversation about, what is our relationship going to be and how is it going to manifest? The soul of India holds a key in this process but it needs to start to look after its forests and its trees, its wildlife and its rivers and streams. It needs to show that all these parts of nature are parts of us human beings.”

Indian tradition has long held that human life is the fulfilment of the four Purusharthas of Dharma (Right conduct and order), Artha (Material wealth prosperity), Kama (enjoyment) and Moksha (Salvation or liberation).

While the roots of the concepts of the four Purusharthas can be traced to Vedic literature, its most extensive articulation is to be found much later, in the epics Mahabharata and Ramayana, the Puranas (mythological renderings), the Dharma shastras (law books) and the like.

Indic writer Sridhar Chari says the four Purusharthas are not “four different end-goals pulling the human purusha, us, in different directions, with us having to make austere choices -- rather, these are four different values inherent in each and every activity of human life, and primacy should be given to all of them in the right proportion, order, and balance.”

“Seen this way, all human activities and goals, have to be pursued with the values of Dharma, Kama, and Artha in mind. In other words, the modern man or woman can ask himself or herself, is this activity right and good (Dharma)? Is it useful for me and my fellow people (Artha)? Is it pleasurable, enjoyable (Kama)? Finally, if you like, do all my pursuits contribute to living life in such a satisfying way, with deep engagement and thought, that I gain a deeper understanding of what this is all about (surely, that is Moksha)?”

Scholar Edward P Butler says the Purusharthas offer a cogent and balanced framework with which to think about the necessary conditions for human flourishing, one which would be in harmony with many of the world’s other wisdom traditions. "Psychic and social stability comes from recognizing at once the diversity of the sources of happiness and fulfilment, and the ways in which they reciprocally support one another."

Annapurna Sarada, President of SRV Associations, which has been a center for Vedanta in Portland, Oregon says that from the earliest times, “India has held out the twin goals of abhyudaya (material well-being of all) and nihsreyasa (the highest/spiritual good of all); that is, communal earthly life should uphold and support the highest spiritual good (Atmajnan) as well as direct one to it.”

Swami Vivekananda enshrined this noble ideal in the motto of the Ramakrishna Order: For the realization of the Self and the good of the world. Annapurna Sarada says that if we have material desires, then we follow the path of the Purusharta-s. “Putting Dharma first guides how we fulfil our legitimate earthly desires (wealth, family, etc.) on the way to Moksha. Putting Dharma first means we have a daily transformative spiritual practice guided by a qualified preceptor. Swami Vivekananda emphasized integrating all four primary Yogas (selfless action, devotion, knowledge, and meditation). If and when we are finished with earthly desires, then we will follow the darshanas straight to Self-Realization.”

Andy Fraenkel, a multicultural storyteller and the author of Mahabharata: The Eternal Quest and Hanuman’s Quest, says world over most people want to live a peaceful and principled and meaningful life. “But they are often confused. They don’t know how to do it. All over the world, ideals, morals and values are being diminished. We live in a time characterized by rampant greed, fear, and untruthfulness. Vedic literature offer a holistic solution: to live a simple, uncomplicated, peaceful life, based on the principles of Dharma.”

Commentators today are saying the Covid-19 issue is as much about philosophy and ethics as it is about medicine and economics. CSP asked Philip Goldberg, the author of American Veda, about how he thinks things would have panned out if the leaders of today were guided by Vedanta.

Goldberg says, “I can’t say what would have been different in this specific instance, but I wish leaders were always guided by Vedanta. Anyone who deeply understands the core Vedantic teachings would appreciate the inescapable connection among all human beings and all life forms on the planet, and that vision would lead to decisions different from those rooted in narrow self-interest or nationalism.”

“That said, my ideal would be that leaders were also yogis. As Vedanta itself tells us, we need both knowledge and experience. It’s one thing to be guided by a philosophy of profound Oneness; it is another to know that oneness, to feel that oneness, and to have one’s heart and mind guided by the unity with the Divine that Vedanta points to and the methods of Yoga cultivate,” adds Goldberg.

In his book published in 2013, he said there is a ‘lingua spiritus’ where the world will see Vedantic precepts “expressed in the language of Physics, Neurobiology, Psychology, and Medicine”. Today, he says that the process is well underway.

“It accelerated in the 1960s and 70s with the advent of research on meditation and other practices in the yogic repertoire. Gradually, what had always been seen as spiritual practices became medicalized. Doctors, psychotherapists, and even business consultants applied meditation, pranayama, asana, etc. to their disciplines and secularized both the language that describes the practices and the delivery systems.”

Goldberg says that every spiritual teacher who came to America from India was friendly with scientists. “Vivekananda and Tesla were friends who learned from one another. Yogananda dedicated Autobiography of a Yogi to his friend Luther Burbank. Maharishi Mahesh Yogi hosted symposiums with top scientists and got researchers to study meditation. And so forth. Schrodinger, Heisenberg, Oppenheimer – they all read Vedantic literature. This is a consistent theme in the whole American Veda story. Vedanta and Yoga philosophies are rational and empirical. It’s understandable that people might look at everyday Hinduism in India and see the murtis and pujas and think it’s irrational or superstitious. But anyone who looks deeper will find the rational, empirical foundations.”

Truth is God. Dharma lies in the adherence of Truth. Everything in the world is based only on Truth. There is nothing superior or beyond Truth. That is the basis of Rama Rajyam.

(Cover Cheriyal painting by artist G S Sudhindra. Cheriyal scroll painting is rich in the local motifs peculiar to Telangana and Andhra Pradesh. The making of the canvas is a very elaborate procedure. The Khadi cotton is treated with a mixture of starch (from rice), suddha matti (white mud), a paste of boiled tamarind seeds and gum water thrice. It has to be ensured that every coating is thoroughly dried before the next one is applied. Once the canvas is ready, the artist’s sketch the outline directly onto the canvas using a brush. The outlines are very well defined and sharp, reflecting the quality and experience of the craftsman. The colours are made by the artists from natural sources.)