Wordscape Entries Bring Out The Thrilling Themes of Ramayana 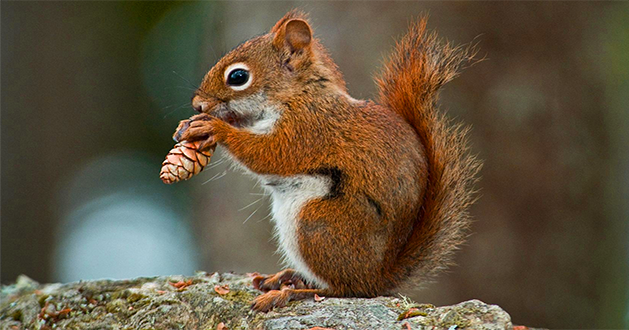 The Center for Soft Power in collaboration with the Heritage Trust and Chinmaya Vishwavidyapeeth conducted a story-writing contest - Wordscapes: Stories inspired by the Ramayana. The competition drew many exciting entries based on themes from Sri Valmiki's Ramayana.

Dr Sandhya Shankar and Dr Vishaka, assistant professors in the School of Linguistics and Literary Studies at Chinmaya Vishwavidyapeeth were the two judges for the competition.

We are pleased to announce the winners:

First Prize: Shri Praveen Kothapalli, Because of the Golden Deer

Excerpt from the story: Saanvi and Saatwik are visiting the Poole Museum for a grand opening. When they go there they find deer fur which turns into a real deer. The deer breaks everything at their house, and soon their house collapses. And they find themselves in a forest, the deer turns into a rakshasa, and they try to escape from him. They escape the demon only to find out that they forgot that they were doing something. Read here: Because of the deer

Judges’ Remarks: Praveen's take on Mareecha's story was an interesting mix of science fiction woven into the tale of Ramayana. The adventure of the siblings moved at a thrilling pace and had a nice twist to it.

Excerpt from the story: The story discusses the life of Princess Kaikeyi and her crooked maid Manthara while they were in Kaikeyi's father's home, Kekaya. It shows that how after Kaikeyi's brother Yudhajita is crowned the Yuvaraja, Kaikeyi is not appreciated when she decides to learn archery but does it anyway due to Manthara's encouragement. This story highlights the reason why Kaikeyi trusted and loved Manthara deeply. Read here: Princess and Maid

Judges’ Remarks: Vibha's tale narrated the relationship between Manthara and Kaikeyi, before the latter became the queen of Ayodhya. The bond they shared and the protectiveness Manthara felt towards the princess provided potential answers to the (in)famous decisions both of them take years later.

Excerpt from the story: A loyal soldier in the army of Kosala gets ready for the arrival of Rama from his exile. Read here: The Return of Rama

Judges’ Remarks: Viswambhara provided us with a completely different perspective, that of a soldier waiting for the true king to return. The tale talks about their determination and loyalty to the kingdom and the love for their king.

Excerpt from the story: My story is inspired by the character of the little squirrel in the Ramayana who helped Lord Rama in building the Ramsethu. Similarly, in the story, a little girl staying at home with her family, during the Vardah cyclone in 2016, decides to help the suffering people, in any way she can. Read here: Small Initiative, Big Change

Judges’ Remarks: Imbibed with a strong moral and resolution to work towards the betterment of people, Sahithi's story takes its inspiration from the squirrel in Ramayana. It reminds us time and again that no help is small.

Excerpt from the story: Vali could be a highly overlooked character in Ramayana considering that he was one of the few who had defeated Ramayana’s main antagonist, Ravana. A key moment in Ramayana is the fallout between Vali and Sugreeva. The trigger for this is when Vali chases a demon inside a cave after asking Sugreeva to wait at the entrance. Sugreeva waits for more than a year in front of the cave. He is unable to understand mighty Vali taking so much time to defeat the demon. This planted seeds of doubt in his mind and when he sees blood coming from the cave, he assumes Vali is dead. Sugreeva returns to Kishkindha after closing the entrance.

The story presented here tries to fill this vacuum with a completely fictional story imagined in that situation. This is to be treated as a fictional story for entertainment purposes only. Read here: Vali's Tryst with Reality

Judges’ Remarks: Loaded with philosophical connotations, the story by Viswas presents to us a creative take on what might have happened in the cave during the fight between Vali and Rakshasa. It provides a convincing justification of the events which occur later in Vali's life which are actually the result of the choices he makes.

Second Prize: Dr Anuradha Visweswaran: The wind in the forest

Excerpt from the story: My story inspired by Valmiki’s Ramayana is set in the 21sr Century and based on one of the heroics and superhuman events in Hanuman Ji’s life. While not borrowing every detail from the original event, l have attempted to weave a story which is symbolic of the inner strength all of us possess in the time of crisis and we go beyond our limits to get the job done. This is my first attempt at writing anything literary ever and irrespective of the result l thoroughly enjoyed the process. Read here: The Wind in the Forest

Judges’ Remarks: Anuradha takes us to the dense forests of Buxar and the modern day struggle between Naxalites and the military. It tells us how some stories repeat themselves because they are ultimately about the lives of people, be it then or now.

Congratulations to all the winners and a big thank you to our dear collaborators and judges.