When Dr Kotnis Helped the People of Wuhan 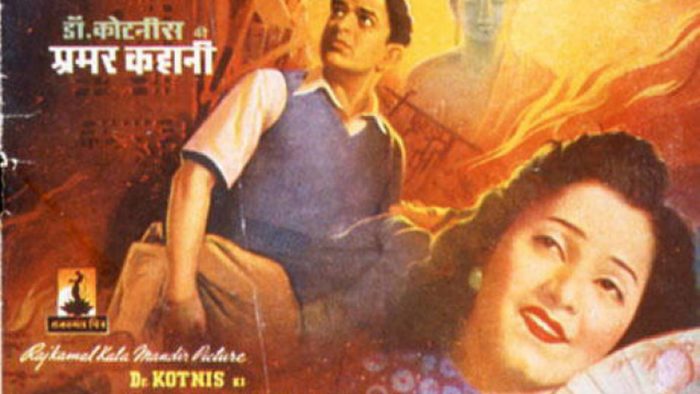 A Black and White movie - Dr Kotnis ki Amar Kahani - about an Indian doctor who sacrificed his life to save hundreds of Chinese facing a brutal war during the Japanese invasion of 1937 was the first time the province of Wuhan entered Indian public memory.

The story was about Dr Dwarkanath Kotnis, who had completed his medical course from GS Medical College, University of Bombay, was an idealist who wanted to practice medicine in different parts of the world. He got a chance to live by these ideals when a team of doctors from India were sent to China. General Zhu De, a Chinese revolutionary had written to Jawaharlal Nehru to send doctors to save the lives of the Chinese soldiers at the time of Japanese invasion.

A team of four doctors left for China in 1939. They landed at the port of Hankou in Wuhan; the same province which is today the epicentre of Coronavirus! They travelled to Yan'an, the revolutionary base. Mao Zedong, Zhu De and other top leaders of the Communist Party warmly welcomed them as they were the first medical team to lend assistance from Asia.

They worked tirelessly looking after the injured and wounded. When the battle ended, other doctors returned home but Dr Kotnis stayed behind. He was accepted by Chinese society and they fondly called him Dai Kedihua. He joined the Mao-led Eighth Route Army in 1939 and took care of the sick and suffering. For his selfless service he was appointed director of the Bethune International Peace Hospital. He married Nurse Guo Qinglan in 1941 and was blessed by a son, who was named Yinhua (Yin means India and Hua, China).

Just a few months later, Dr Kotnis, aged 32, died in an epilepsy attack. He was buried in the Heroes Courtyard in Nanquan village in China, and the country mourned, Mao Zedong said, "The army has lost a helping hand, the nation has lost a friend. Let us always bear in mind his internationalist spirit." Whether on stamps, in statues or through words, Dr Kotnis’ selfless service is remembered till today in China.

The alarming spread of Coronavirus in Wuhan has once again brought this province in China into medical limelight, decades after Dr Kotnis' great service.