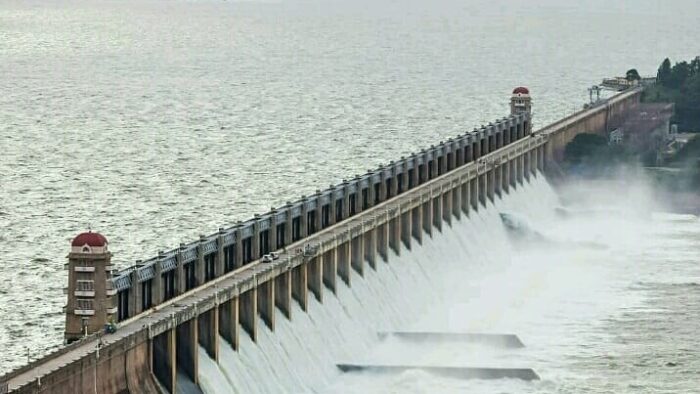 From the KRS Dam to the Indian Institute of Science to Hindustan Aeronautics Limited, India owes her modern spirit of enquiry, precision in engineering and the spirit of nation building, which has earned her respect all over the world, to Sir M Visvesvaraya, after whom September 15 is marked as Engineering Day in India.

Sri M Visvesvaraya, popularly referred to as Sir MV, was an Indian engineer par excellence, statesman, visionary, a staunch votary of industrialization, education, women empowerment and continues to be a inspiration for a whole nation of engineers. His birth anniversary, September 15th is celebrated as Engineering Day.

Sir MV defined what it is to be an engineer, how to think like one, execute constructively and be visionary about a nation’s technical advancement. A report released at his anniversary a few years ago, points to his contributions which include “engineering, in all its branches, particularly those of irrigation, reservoirs, dams and water supply, power supply and bridge building; university education, technological and occupational training, town planning, industry and banking, commerce and manufacture.” For those who believe that Indian industries, universities and the railways were built on British dikat alone, need to look no further than Sir MV for a true picture of modern Indian engineering genius.

Mokshagundam Visvesvaraya was born to a poor Brahmin family, Srinivasa Sastry a n d Ve n k a t a L a k s h m a mm a, in Muddenahalli, a small hamlet town in Chikballapur District in Karnataka, on September 15, 1860 (his passport puts the year at 1961). His father was a scholar who devoted most of his time in studying Hindu scriptures and in performing pilgrimages. The family name Mokshagundam belongs to a small village in Kurnool from where his ancestor hailed.

Shivaprasad M Khened Director, Nehru Science Centre, Mumbai describes Sir MV as a man of “impeccable integrity, discipline and a grand vision for the nation. Krishnarajasagara (KRS), one of the premier reservoirs of the country, owes its existence to him.”

He adds that his engineering services were used in various capacities all across the country including in building the Hirakud Dam, in Odisha, a Railway Bridge across Ganga in Patna, combating floods in Hyderabad, constructing the Himayatsagar and the Osmansagar reservoirs across the rivers Musi and Easi, and in the reconstruction of Hyderabad city and preparation of the drainage scheme for the city. Sir MV received a patent for his work with water canals but refused to accept royalty for the same. “He was a master in irrigation designs and was very passionate about effective utilization of scarce water resource for drinking and irrigation purpose. Block System of Irrigation, Automatic Sluice gates and Collector Well are some important innovations of Sir MV. Automatic Sluice gates, used in KRS and other dams, enable storage of water well above the crest of the weir of the Dam. He obtained a patent for this invention but refused to accept any royalty.”

Like all good engineering ideas, his were those that impacted the lives of many. “He designed the Block system of Irrigation to optimize, control and evenly distribute water supply to parched agricultural lands across number of villages. The supply was rotated within “blocks” in each village to curtail misuse and water logging. This system, devised in 1899, continues to be used even today in Deccan Canals. The Collector wells can provide moderate to large quantities of naturally filtered water from the river beds.”

Sir MV was a firm believer that India could contribute to the world through the ancient wisdom but he also felt that India could benefit from learning from other nations, and he took great pains to promote engineering diplomacy. Khened says Visvesvaraya toured many developed countries of the world to study, understand and evaluate the success of their prosperity and for replicating the same in India.

During his six foreign travels, he visited Japan, America, Canada and many European countries resulting in the establishment of several industries and educational institutes in the state of Karnataka. Mahatma Gandhi would say, “KRS alone, one of the largest of its kind in the world, would perpetuate the name of Sir MV.”

The KRS dam was constructed to irrigate the lands in Mandya District. “The construction of the lrvin Canal, now renamed as Visvesvaraya canal, in 1933, provided a major boost to the growth of agriculture resulting in high yields of sugar cane produce which benefited both the farmers and consumers. High yielding sugar cane produce necessitated establishment of a sugar factory.” Today Mandya continues to be a leading producer of sugar.

After one of his international tours in 1919-1920 with a group of industrialists from Bombay, Sir MV published his book “Reconstructing India” and set out to do just that in style.

Visvesvaraya served Mysore in different capacities first as the Chief Engineer to the Government in 1909 and next as the Dewan of Mysore from 1912 to 1918. An educationist he believed that education, especially science education would uplift not just society but would also lead to national progress.

His regime as the Dewan of Mysore witnessed unprecedented growth in the establishment of a number of primary schools. “In just six years of his tenure as the Dewan an additional 6,500 new schools were added. He pronounced a revolutionary legislation making primary education compulsory for every child. He also believed in social upliftment of the depressed communities and backward classes and laid special emphasis on education of girls. He was instrumental in establishing educational institutes, industries, banks, Mysore University and Agriculture Science College. He also used his personal money to help establish a vocational college (Jayachamarajendra Polytechnic College).

Some of India’s premier institutions and organizations including Hindustan Aeronautics Limited the nation’s foremost aircraft manufacturing company in Bangalore as well as the steel, sugar and soap factories in Karnataka owe their existence to Sir MV.

With the support and influence of Sir MV, Seth Walchand Hirachand, an industrialist, set up an an aircraft factory in Bangalore. The Government of Mysore donated 1000 acres of land, water and electricity facilities.

It is said Sir MV used to visit the site of the factory almost every day and “watch the brisk activities of building construction, acquainting himself with every detail through searching questions about machinery, equipment, raw material, engine, wings and the type of steel that was required.” His association with the Indian Institute of Science promoted linkage of industries with scientific institutes. “Today, perhaps, many people may know Sir MV as one of the ablest engineers of India and creator of the famous Brindavan garden, but very few really know about his role as a builder of modern India,” says Khened.

Sir MV was the President of the court at IISc for nine consecutive years from 1938 to 1946. “He strongly believed in establishing an empirical relationship between industry and scientific research institutions. The process of extraction of oil from Sandalwood was developed in the Chemistry department of IISc and was used in the Sandalwood oil factory that was set up by Sir MV.”

Similarly, the Department of Metallurgy of lISc had a close connection with Mysore Iron and Steel works. “The process of destructive distillation of wood which was used to produce charcoal at that time, considered to be a pioneering industrial process, was developed at lISc for use by the Mysore Iron and Steel works. Sir MV was the one who showed vision in starting the Departments of Metallurgy, Aeronautics and lnternal Combustion Engines at llSc. lISc in recognition of his services to the institute and also to the society, conferred Honorary Fellowship to Visvesvaraya which he shared with Sir C V Raman.

Sandalwood (Santalum album L.) or liquid gold is a gift of nature woven into the culture and heritage of India. For more than 5000 years, India has been the traditional leader of sandalwood oil production for perfumery and pharmaceuticals (https://www.researchgate.net/publication/260024158_Sandalwood_History_uses_present_status_and_the_future.

Sandalwood in India is concentrated in the Southern states of Tami Nadu, Kerala and Karnataka. Mysore has been famous from time immemorial for its sandalwood. As the Dewan of Mysore Sir MV convinced the Maharaja of Mysore, His Highness, Nalwadi Krishna Raja Wadiyar, in establishing a Government Sandalwood Oil factory, which was established during the year 1918 at Mysore. The first experiment for extraction of Sandalwood oil from Sandalwood was successfully conducted at the Indian Institute of Science, Bangalore, under the leadership of Prof. Suddourough and Prof. Watson. Based on its success high quality Sandalwood oil was produced by the Government Sandalwood Factory and supplied across the world.

In the year 1906, the services of an engineer were needed for a system of clean water supply and underground drainage in the water scarce and disease-ridden port of Aden located at the southern end of peninsular Arabia.

The report released on Sir MV’s anniversary says that he was deputed to undertake this assignment by the government. “He surveyed the entire area and observed that 60 miles north of Aden was a hilly place, which received an appreciable amount of rainfall. He noticed that the rain water runs down the hills, enters a river channel and flows down through it for some short distance. He further noticed that the river did not flow into the sea, but was completely absorbed in the sandy bed of the river in Lahej.”

“Sir MV proposed that underground wells could be constructed in the river bed for collecting the absorbed water by percolation and for pumping this water through a pipe conduit at a distance of 28 miles from the Aden. This resulted in overcoming the problem of scarcity of water in Aden. In recognition of his unique engineering services, the British Government conferred on him the title “Kaiser-I-Hind” award in the year 1911, named after a giant swallow-tailed butterfly, native to India.”