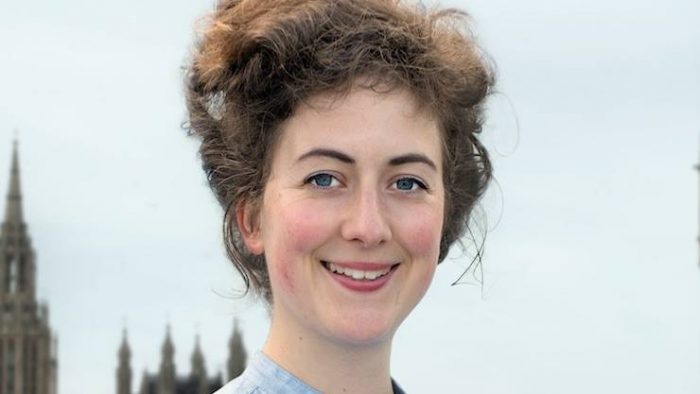 A distinguished alumnus of Oxford University, Gabriella
Burnel is one of India's finest Cultural Ambassadors. She takes Sanskrit, Yoga
and Ayurveda to various countries such as the UK, US, Australia, Ireland and
Greece. She aims to establish a Center for Promotion of Indian Culture and is
also undertaking research on understanding the significance and science of four
classic languages: Sanskrit, Tamil, Hebrew, and Farsi.

Here is CSP’s interaction with Gabriella when she visited
the Center in Chennai:

Tell us about your journey so far. What has fascinated you about Indian
culture?

I studied Sanskrit at Oxford. The culture of Oxford is
amazing; the tutors are amazing. The facilities for music, drama, art and
language are all incredible. By all means one can learn Sanskrit. But how much
do those studies correlate academically? The experience proved to me that I am
not an academic, but I really value and appreciate academia. I can’t be
academic because for me the text, even the grammar, and the best of Panini are
spiritual and all from another level. But I have had to study it from a pure
academic standpoint. But I really love to work with people who are the best in
this field. There are thousands of Sanskrit scholars and I love to that aspect.
But I can never try and be one. That’s not me.

So I was taught Sanskrit in school by my Indian teachers.
Sanskrit is completely universal and India is the land that has given birth to
it, nourished it. India is the custodian of the treasure of the language which
is for anyone and everyone. It’s beyond religion, culture, caste, creed and
politics. Even in the past it is said it was owned by Brahmanas but that’s not the truth. It’s completely universal even
though much of it is used in religion. Therefore the texts are completely open.

In past interactions and interviews, you have referred to your parents
having a spiritual background. Can you tell us more?

They are the students of Shantanand Saraswati who is no
longer here but works through his successor Vasudeva Saraswathi in Jyotir Math
in Prayagraj. I wouldn’t say disciples but they have been following the path of
Vedanta ever since before I was born and I was brought up in the Vedanta
tradition. As far as they can, they access it through his books, teachings and
instructions.

What was your experience of studying and learning at Oxford? Did you do
a specific course in Sanskrit?

I did a Master’s degree in Sanskrit. I was taught by western
teachers in school. I also teach chanting at Oxford Center for Hindu Studies.

Have you studied from a Guru (teacher) who you take as a role model or
inspiration?

When you say Guru, it’s not a particular spiritual guru. I
would be immensely taken by surprise if that pull happened to me. That would be
a massive shock but I appreciate the teachers and I have Sanskrit teachers in
India i.e. Pune and Puducherry. I visit various places and basically I came
across one person in Prayagraj and another person in Hyderabad who spoke in
Sanskrit. They were all my teachers. I really appreciate their concentration. I
have three gurus but still I don’t have the main one. But I appreciate the
importance of that parampara
(tradition) and people who study under just one guru that is a pure lineage for
them. But in this journey, it’s not really my purpose, I guess, because my
purpose isn’t to be the best and brilliant. For me, I have to see a wide
sphere. I have a Dhrupad teacher in Pune, Hindustani vocal teacher in London
and another one in Pondicherry. There are Sanskrit teachers for me all over the
world (laughs).

When was the first time you visited India? Where did you visit?

Maybe fourteen years ago with an Indian friend from England.
Her family were second generation Indians. She enjoyed coming from Indian
heritage and it’s very different today from what it was fourteen years ago. Now
it’s not very different coming from England. We went to Prayagraj, and other
North Indian states. Then we came back to the south to then Pondicherry. I
liked it.

Have you founded an organization through which you carry forward the
work that you do? If yes, please tell us more.

If the blessings come, there is a plan in me that there
should be a center for promotion. It should be for anyone who wishes to
experience satsang. In London, I run
chanting sessions, a mini version of the centre which has become like a
community. I am a white person on the surface but even the Indians who come
there somewhere feel a homely feeling. It’s like a family hub which is open
every day and not just on one day a week.

There is one room for artists who can dance and have a show
and another room available for anyone who needs to rehearse. For an artist,
that’s invaluable. One room for painting, classes and studio. One room for
Yoga, chanting and satsang. There is
also a silent room for meditation.

I can teach Yoga. I learnt it from a teacher in Rishikesh,
he is amazing. He comes from the Iyengar tradition which is a foremost traditional
school of India. But in England, particularly London, every second person is a
Yoga teacher. So there is no need for any teachers there but I wanted to study
it because I teach Upanishads and Bhagavad Gita. So I felt the need to be
trained in Yoga as well. That’s the only reason.

I have a Buddhist Ayurveda trainer in Sri Lanka. I teach the
Ayurveda shlokas, that’s fun for me because I love to study all those texts and
we just teach the students basics on how to read, how to write Sanskrit and
learn the shlokas.

Which are some of the countries that you visit? What were some of the
experiences that people have shared with you concerning Indian thought and
culture?

I visit countries as per invitation, predominantly America,
Australia, Ireland, Greece, and India. But there are some people who really
support me, my parents mostly; not in finance but in presence. There is an
English guy who knows nothing about this culture but supports me greatly and
another man from New York, a Yoga teacher who really encourages the community.
There are so many people who are supportive officially.

Please share your impressions about the science of Indian philosophy.

My overall impression is that it’s better than any psychology.
It offers the best psychiatric treatment with the best clarity. It’s not
wishy-washy. I can’t prove this but I would like to travel through it. It is so
precise about the soul. When you try to learn it, it connects different parts
of body specifically the nerve points and just beyond that. The knowledge there
is enough to live a completely healthy and fulfilled life at a spiritual and
physical level.

There is an impact of Sanskrit language on the brain and
also that of the three other languages which are most powerful, namely Tamil,
Hebrew and Farsi. I mean all languages are powerful, but for me these seem
incredibly powerful. I would like to experiment scientifically to be able to
say that these four are equally strong and I would like to see through some
studies that Sanskrit has more of a healing impact than the others. I am sure
it has but I just need to prove it.

Especially the Kashmiri texts and the Kashmiri tantric
traditions were known and understood as a great capacity for research and as
the only aid and renaissance in the society that helps.

Have you studied any texts along those lines?

Hmm... The Abinava Gupta Natya Shastra. I have a Kashmiri
teacher, he lives with his family. I had an opportunity to learn from him how
Kashmir has always been from an Indian Tradition.

You seem to have a special interest at the intersection of Sanskrit,
its texts, music and singing. If that is correct, what would you like to tell
us about its past and its future?

I would love to improve on the meditative aspect. I have
been to many Dhrupad programs and seen how it can be married to Sanskrit. For
those who are really tuned and spiritually oriented, we would like to have a
Center for experiencing Satsang and 1 room for yoga and another room for
chanting.

I would like to break some conventions by having a Dhrupad
program with very great Sanskrit chanting along with Bhagavad Gita. And have it
run into an hour and keep people in a meditative state where they could be in
meditation and hopefully experience the peace. It should also be a center of
learning if needed. I would record the chapters that are close to me and I
would love the learning to be a by-product because if something is received in
a meditative state, you learn it anyway.