I Would Love to Touch the Soil That Created Yoga and Embrace It: LA Yoga Trainer 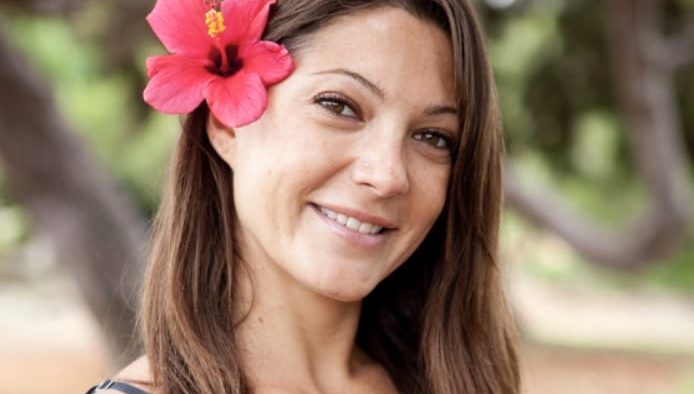 Julia von Wiegandt-Clancy has been practicing and teaching Yoga in LA for the last 11-12 years. Asked if she would like to visit India to see if there is a different way to doing yoga she says she would love to be a part of the soil where Yoga was created, be one with the spirituality where it came from, and embrace that completely. She took her first classes in Harmony Yoga at Redondo Beach.

How did you get interested in Yoga? Was it something you were seeking at that time?

The truth is that I did not know that I was ready to start yoga. I was forced to start it at the time. I was a dancer and had sustained a lot of injuries. I was quite young, in my later 20s and was looking at potential surgery and I didn’t want it. My doctor said I could try yoga or Pilates. I decided to go for yoga.

From the first class itself, I felt it was the right decision. I went into that class with so much pain. My wrists were hurting as I was also waitressing at the time. Trying to be a dancer, you also have to make a living (laughs). My lower back was in so much pain. I had been suffering for a few years. I walked into that class so broken, hopeless about the state of my body in my 20s and I walked out of that class with my wrist not hurting. I felt that what I was doing was nourishing my body in a way that I hadn’t been getting for years. I felt it in the very first class and knew that I had to keep up the practice. When I started, I thought that it would be all breathe work and ‘Om-ming’. I remember thinking to myself - I do not want to do this. But I changed.

I don’t dance formally now but I do dance around my house, and with my little one. But Yoga for me is something which makes me feel that dance and all the sports things that we do have a shelf life on them, but yoga is forever. Do you think Yoga can be introduced in schools in LA? We have sports, dances, music and choir, but would you recommend Yoga at High School?

A 100 per cent. I feel that everybody needs yoga, that’s a reality. Whatever I have learnt in the last 10-12 years about practicing yoga and how much it changed my life, I feel it is something that everybody can use. And I wish that people would embrace it. But people don’t and I get it because I too felt that initially.

When I was growing up they said I had ADD (Attention Deficiency Disorder) and then I would definitely say I had ADD. I couldn’t focus on anything for any period of time. I used to listen to music to do my homework. But I had to block out one thing so that I could focus. I feel that with Yoga I don’t have that any more. It has quietened my mind and made me present in the moment. I have learnt to focus on breathe and now I love ‘Om-ming’. I feel that it can help people as there is so much anxiety out there, because we live in such a fast paced world. As we were talking in class today, people don’t know how to embrace and be okay in the moment. And it is so easy to be distracted and there are so many people who potentially have ADD. I don’t like to even call it ADD as I don’t think it is a disorder, but I do think that it helped me come to the other side. While doing Yoga, you are forced to be in the present, forced to listen to what the teacher is saying and you are forced to look inside and see what is going on inside your body. I think high schoolers could benefit from that greatly. It helps to get calm, keep the devices away.

When you teach a class, how do you assess at what level the students are?

Starting off with things like Sunny series with a few simple movements, you can automatically get an idea of where people are at. Are they jumping back, are they stepping back, are they jumping and going into a handstand. Do they seem like they have an injury. Sometimes I teach a class of around 40 people and you have to do a scan of the room and see who is most likely to hurt themselves in a pose, whose alignment is potentially going to cause damage. I like to cue very specifically using perhaps more words than other teachers use because safety is a very big thing for me. The more specifically I can instruct, it will help the person who has been practicing for one day and it will help the person who has been practicing for 5-10 years and doesn’t know if they have been doing something right.

There were some students today who are on the teacher training course, and I see if I can help them further. Give them something for arm balance. It’s about scanning the room and seeing the simple things you can do for each person. It may be as simple as alignment or it could be pushing someone towards arm balance because you know they are getting there.

Is Yoga a form of exercise for you?

For me it is probably my primary form of exercise. I do other things but at this point in my life I am not interested in doing things which have a shelf life or are potentially more hurtful to my body. That is not to say that other forms of exercise are all harmful. But even running, it is not as easy on my knees and ankles as it was 10-15 years ago. So I don’t do those things as much. But I teach yoga bar classes and yoga with weights.

So is it a good idea to combine bars and weights with Yoga?

For me I would prefer to combine it rather than just going to the gym. I am not a big fan of the gym. So when I am in that class, and I look around and see that people are not bothered about alignment and only focusing on the weights, that hurts my heart a lot. All their knees collapsing and me thinking, “I don’t want you to hurt yourself.” To me it is not the greatest way to do yoga, but if taught well, it is okay. It comes down entirely to how it is being taught.

Yoga is being done so differently by different people, so what is your style? I joined a Bikram class for a few weeks and it was so different. What are your thoughts on that.

I would love to go to India and practice Yoga there and learn. Bikram is totally different from everything. I am not the biggest fan of Bikram. There are poses that are beneficial in Bikram, but I don’t enjoy it much. It is kind of militant and not modifying if required can result in potential injury. Why not give a modification for people which is better for their body, after all not all of our bodies are the same.

I teach at a heated studio which is not Bikram, but we teach in the heat. The heated environment is very different from a one hour class in a non-heated space. The heated studio has more of what I call Type A Yoga, they are coming in and they want to get it immediately. It is a very challenging class usually, and I do it because that is what they want.

I like Vinyasa, which I teach, because it is for all levels. You can modify if you need to. There are poses for injuries that you can do that are safer than others and it is what has helped me in my life. I am a big fan of Iyengar Yoga. The first class of Iyengar I took was recently, a couple of months after I had my baby. And I knew that I needed to do things differently because I needed to feel my body again. I never felt my body the way I felt after having my baby. It helped me hold the poses longer. You are supported by so many props which is fantastic. It helped me to bring everything back in.

Does Yoga in the US seek to create or experience inner awareness? What is the biggest benefit of Yoga for you?

For me the greatest benefit is the peace of mind, the serenity that comes from it. I enjoy the physical aspect. I am a very physical being. I love moving physically. I love expressing myself physically, even my emotions physically and I get to do that in Yoga. But I would say one of the greatest things is the Yoga buzz that you get, the peace that you get, being able to live in the present and in the moment. Walk through the challenges in life maybe a little easier because you learn to challenge yourself in a class and breathe through it. That is huge. Then the physical benefits are huge. It is so healing for the body if you are being guided correctly. It helps mental health, physical health and spiritual health. I don’t even know how many times in a classroom, or after a classroom while dong a posture, or after a class during Shavasana I have had moments of clarity about my life, about certain situations happening in my life. I could go on and on about the benefits because they are so many. I will also say since I have been doing yoga I haven’t got as sick!

Would you like to visit India and learn and practice there?

One of my fellow teachers went to India for a few months a couple years ago and he said it is totally different from what we do. India is where Yoga was created, where it came from and I know that it would be so different from what I do here in America. I would love to go to the source of the teacher and be a part of the soil that created it, the spirituality where it came from and embrace that completely. I am sure it will give a whole new perspective on things. 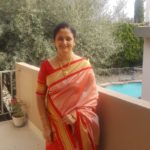 Gayathri lives in LA and is a student of Yoga and Vedanta. She teaches chanting at Balavihar and at the local Tamil Association and isRead more