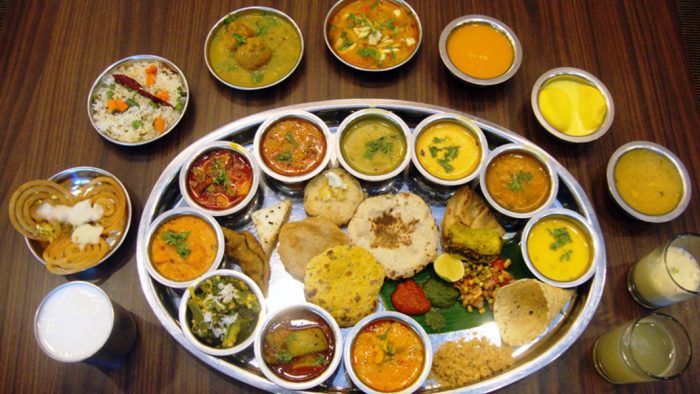 Food has, since time immemorial, served as the cornerstone for not only the survival of individuals, but also the survival of states. Politics has historically always been forced to pay attention to the issue of food, and this is unlikely to stop in the future - with a country’s food policy, its guarantee of food security, its food sovereignty and its overall food culture all contributing the stability and strength of a nation (Brown, 2011).

This influence of food also has an effect on the soft power of state. The power of food in framing the perception of a country, or people, cannot be denied (Long, 2004). Cuisine serves as one of the facets through which members of ethnic communities can communicate authentic experiences, and also acts as one of the pillars through which a group of people or country can acquire cultural capital (Long, 2004; Molz, 2004; Mkono, 2012).

In terms of Indian cuisine, there is little doubt that Indian cuisine is one of the most recognized cuisines at the global level, with Indian restaurants being mainstays in all major cities around the world. Given the apparent popularity of Indian food therefore, it is imperative that we examine its role in India’s wider soft power strategy.

When one considers the size of the Indian population in the United States, it would be a logical assumption that Indian food is one of the dominant ethnic foods in the country. However, when compared to Chinese and Mexican restaurants across the US, there are about only 1/8th of the number of Indian restaurants (Ferdman, 2015).

Despite the historically low market share of food sales however, Indian food is enjoying a boom in the US market at the moment thanks to one thing – its properties in the field of wellness.

As Americans have become more health conscious they have increasingly begun to look at Indian food and its links to Ayurveda as a means of staying healthy. A simple scan of health and wellness websites and blogs in the US will show that there is a growing affinity for products like coconut oil, ghee, turmeric, ashwagandha and khichdi (Shah, 2018). This represents a sizeable shift given Indian food’s historical perception in the west of being an overly spicy, cream filled takeout food.

And when examining the phenomenon, it is easy to see why Indian food is becoming popular in this way. The rise of Indian cuisine and Ayurveda in the United states is closely linked the the rise of yoga in the previous decade. “The same philosophy that gave us yoga also talked about mindfulness, meditation, and Ayurvedic eating, I think the interest in it is a natural evolution” says Basu Ratnam, owner of Inday, a fast casual mini chain in New York City. Meanwhile Sana Javeri Kadri, the founder of DiasporaCo, a spice company, says “I think people who have access to seeing Indian food through the lens of Ayurveda are people who are into yoga, or some form of appropriated Indian culture,” (Shah, 2018).

And while Ayurveda is a complex system with multiple guidelines on how to stay healthy, some of the tenants are easy to carry out and require not much effort. For example, things such as avoiding mixing certain combinations of food, or not eating at certain times of the night are simple to follow for any person.

This along with the fact that much of Indian cuisine seems to be in line with trends that have become popular in the United States recently. As the number of vegetarians and vegans grow, they are constantly looking for new food that meets their dietary restrictions. And as the cuisine with the largest variety of vegetarian food, Indian cuisine fits the description perfectly. And as distrust in manufactured everyday western medicine grows, the use of natural remedies such as turmeric to cure illness have become exponentially more popular.

But as with any rise in popularity of a country’s culture, it is important that we ensure such a rise does not result in appropriation and ultimately a loss of soft power potential. As Nik Sharma, author of the cookbook Seasons says “It’s important that Indian food and culture doesn’t get pigeonholed into wellness… There is so much more to it, but learning about Indian food from wellness is such a niche perspective.”

As mentioned earlier, a browse of wellness sites in the States will throw up a list of ones dedicated to Indian food and Ayurveda, but very often it is not Indian people running these sites or even the companies that supply the product. And so it is important that we temper any conversation of Indian food’s growing popularity with a cautious attempt to prevent cultural appropriation. When dishes like khichdi are being touted as a wonder food without acknowledging its Indian roots, or by distorting the recipe so it barely resembles a traditional Indian one, one has to question whether this is in fact soft power.

Those dangers however should not distract us from the fact that Indian cuisine, and indeed Indian culture, is penetrating itself further into the heart of American society. More people are beginning to embrace India, its culture and its food. And if we are able to effectively use that, then it will undoubtedly be one of our strongest soft power assets.

Aman Nair is a Junior Research Fellow at the Center for Soft Power, India Foundation