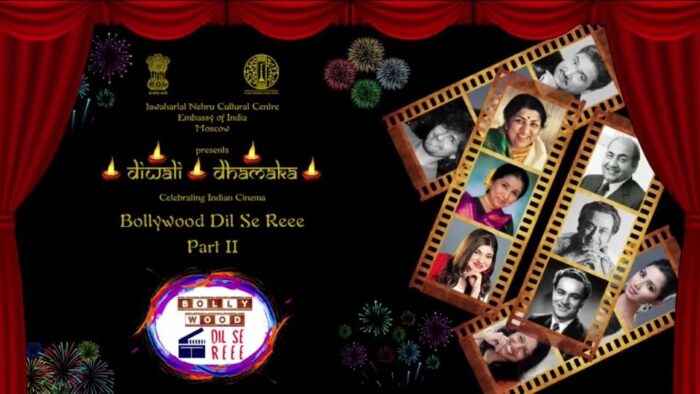 The world is increasingly becoming hyper-connected with the spread of information in real time.  International cultural contact at individual and institutional levels is making it imperative that every country be concerned about global opinions.

President Indian Council for Cultural Relations (ICCR) Sri Vinay Sahasrabuddhe will continue to guide India’s main instrument for promotion of soft power for another three-year term. In his annual report for the year, he says that the mission seeks to change opinion that Cultural and Cultural relations are only about ‘dance, music and Indology.” He says that from Bollywood, to Culinary and Cuisine, from Indian epics to traditional Indian knowledge and culture are all a part of the Indian Soft Power repertoire.

Last year in a report in The Diplomat, Anubhav Roy wrote about ‘The Trouble with India’s Soft Power Apparatus’ and how New Delhi needs a more coherent strategy for where it chooses to invest in in Indian Cultural Centers overseas. He quotes the current locations of the various ICCs - there are six centers in South Asia; five each in Latin America, Europe, Africa, and Southeast Asia; four in the Asia-Pacific; three in Central Asia; and one each in Iran, Russia, and China. Roy writes that “When examined closely on a map of the world, however, their spread and potential for outreach in accordance with India’s bilateral and regional priorities seem inadequate. With the exceptions of Iran and Mexico, the Middle East and North America are not catered to despite most of their constituent countries being key trading and strategic partners of India.”

The British Council in its report ‘Softpower Super Powers – Global trends in cultural trends and Engagement’ (j119_thought_leadership_global_trends_in_soft_power_web.pdf) – gives a breakdown on the amounts spent by nations around in the world in setting up cultural and international broadcasting institutions. Everyone is recognizing that “winning the story’ is as important as success in more traditional hard power theatres”, says John Baron, MP Chair British Council All-Party Parliamentary Group.

He adds that Soft Power rarely receives the attention afforded to hard power. “There is no soft power equivalent to NATO, the G20 or the Bretton Woods institutions.”

The data shows that the European Union has the greatest concentration of cultural institutes with a total of 412. The Americas comes in second with 284 cultural institutes followed by East Asia (245), Wider Europe – which includes the countries of the Former USSR along with Turkey and Israel – (192), Sub-Saharan Africa (143), the Middle East and North Africa (138), and South Asia (84). The growth in the number of Confucius Institutes in both Sub-Saharan Africa and the Wider Europe region is particularly notable, with the Middle East and North Africa now the only region where any European countries’ cultural institutions have a more extensive physical presence than China.

The report does caution that one has to look not just at the numbers of these institutions but also their location and how they are staffed. However, it is clear that Russia, China and Germany in particular are placing great import on the potential of cultural connections and institutes for growing international influence.

Among the top spenders is China and soft power was explicitly referenced in national government policy for the first time at the Seventeenth National Congress of the Chinese Communist Party in 2007. Former Chinese President Hu Jintao said, “The great rejuvenation of the Chinese nation will definitely be accompanied by the thriving of Chinese culture.” (China’s Big Bet on Soft Power | Council on Foreign Relations (cfr.org).

China spends approximately about $US10 billion annually on soft power initiatives; by comparison the US State Department budget for public diplomacy stood at $666 million in 2014 and around $550 million in 2018. Since 2004 China’s Ministry of Education has established over 500 government funded Confucius Institutes in 140 countries, many of which are based in universities with staff employed by the host university. This includes an increase of almost 200 Institutes in the past five years alone. These largely offer language classes, although there is often a broader cultural offer and an increasing focus on specialist areas of study, for example traditional Chinese medicine and sports therapy. China has also set up more than 1,000 Confucius Classrooms and school-based language hubs in foreign schools, providing them with teachers, materials and funding to help younger children learn Mandarin and experience Chinese culture. Students around the world are flocking to learn Mandarin, recognising it as the language of the future, something that should give pause to complacent anglophone societies that think they need no longer bother learning foreign languages.

The British Council Report says that in 2010 the Chinese government put on more than 100 Chinese New Year events in cities around the world. In 2017 it sponsored some 2,000 of them in 140 countries to mark the Year of the Chicken, with London’s event the largest worldwide. Chinese culture is permeating around the world, driven by huge (largely private sector) investments in films and creative industries.

The Alliance Française promotes the French language internationally. There are more than 800 establishments in 137 countries across five continents. Every year over 500,000 people of all ages attend Alliance Française schools to learn French, and over six million people take part in the cultural activities on offer. Each Alliance is managed locally as an independent, not-for-profit organisation.

France is the most popular country in the world for international tourists with 89 million arrivals in 2017. 12 Tourists flock to Paris for the culture, cuisine, shopping and the romance of the City of Light. The Louvre, the Eiffel Tower and Europe’s top tourist destination, Disneyland, are all part of the draw.

Cultural diplomacy is formally the responsibility of the French Ministry of Foreign Affairs which operates the Institut Français, the cultural equivalent of the Alliance Française.

Germany invests very significant sums in international cultural institutions. The Goethe-Institut, the DAAD (German Academic Exchange Service), Institut für Auslandsbeziehungen (ifa) and several other bodies facilitate major flows of people and ideas between Germany and the rest of the world. In this sense, the data presented by focusing only on the Goethe-Institut offers only a partial picture of Germany’s very extensive international cultural work.

The Goethe-Institut remains Germany’s principal international cultural organisation. It operates a growing global network offering German language classes and scholarships to foreign nationals who want to become German teachers. It runs a wide array of cultural programmes. The Goethe-Instuit has 3,500 employees and a total revenue of €402 million. It is in many ways similar to the British Council and often works closely with it and the other European cultural relations institutes around the world.

The importance the German government places in soft power is evidenced by the budgetary increases announced on 28 June 2018 – €35 million per annum for Deutsche Welle and a €33 million increase (to a total of €956 million) for foreign cultural and education policy work, i.e. to share between the Goethe-Institut, DAAD, ifa and the many other German agencies that operate in the soft power space, says the report.

Founded in 2007 the Russkiy Mir Foundation has a rapidly expanding global network, including its newly opened centre in Tehran. Russkiy Mir offers Russian language courses – often through university departments – and an extensive programme of educational and cultural events including exhibitions and concerts. Established in 2008, Rossotrudnichestvo aims at the implementation of the state policy of international humanitarian co-operation and the international promotion of an ‘objective image’ of contemporary Russia. Rossotrudnichestvo is represented in 80 states of the world by 95 representative offices – 72 Russian centres of science and culture in 62 states plus 23 representatives of the Agency serving in Russian Embassies across 21 states.

A major element in Korea’s success has come from its reputation for innovation and technology. Samsung, LG and the other chaebols at the forefront of the digital revolution not only dominate the South Korean economy but are celebrated global brands that enhance Korea’s international appeal.

As part of its international relations strategy Korea began a programme of opening Cultural Centres in 2009 as part of a global effort to introduce itself to the world and spread interest in diverse aspects of Korean culture. As of 2016 there were 31 Korean Cultural Centres in 28 countries. Like their European counterparts, the centres organise events and courses under the categories of arts, music, literature, language, film and cuisine. The Korea Foundation is a public diplomacy organisation of the Republic of Korea that serves to enhance understanding of Korea and promote global friendship through exchange activities. The state is also promoting the Korean language through the King Sejong Institute network. As of June 2018 there were 174 language schools, usually embedded in universities, in 57 countries.

Korean culture is a global success story. Hallyu, Korean Wave, has brought interest and respect to the country. The growth in the popularity of Korean television drama, film and pop music has spread beyond East Asia, to South and Central Asia, the Middle East and North Africa. In the UK Psy’s Gangnam Style remains the best known manifestation of the international phenomenon that is K-Pop, but Korean pop acts have a dedicated following in Continental Europe, Latin America and the Middle East.

The State Department also runs the EducationUSA network of over 425 international student advising centres in more than 175 countries, promoting study in the US and offering advice on scholarships and other opportunities. The US has long benefited from its position as the most popular destination for international students. The reputation and benefits of an Ivy League education will remain a lure for the leaders of tomorrow even if the numbers attending take a dip in the short term.

India can strengthen her position by building an international media agency, a more coordinated strategy between centers, aligning with natural partners in promoting a common vision and in recognising new areas of power and influence.