A glimpse into the global Ganesha Chaturthi celebrations! 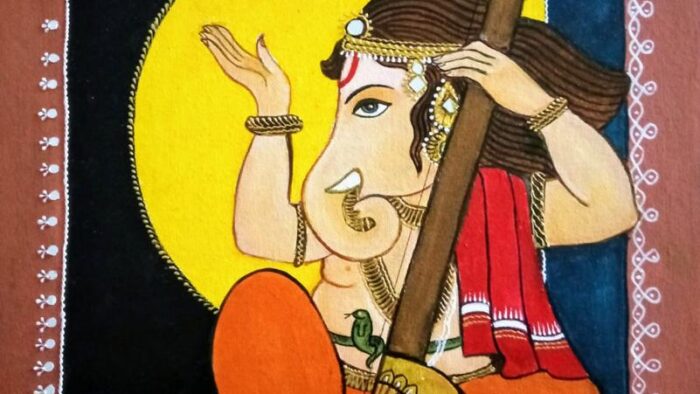 On the fourth day of the Indian traditional month of Bhadrapada, the world celebrates Ganesha Chaturthi. Bhagawan Ganesha is Vignahartha or the remover of obstacles and is always prayed to before embarking on any activity. He is known by various names such as Vinayaka, Lambodara, Sumukha, Ganapathi, and many more.

Ganesha Chaturthi is believed by many to be Ganesha’s arrival from Kailash Parvat. It is celebrated across India with grandeur. Devotees bring home Murtis of Ganesha made of clay and painted with vibrant colours. The murtis are then decorated with flowers and jewellery. It is also celebrated on a larger scale in many states across the country where the entire community comes together for the festivities. Pandals are set up in many colonies where large murtis are installed. Puja is performed daily, morning and evening, along with Vedic chants and distribution of prasad or offering. The celebrations last from a day to ten days depending on the traditions. On the final day, the murtis are immersed in water. This signifies a complete life cycle. Just as he was made from clay, he returns to clay at the end of his stay.

Ganesha is adorned with a Janeu and a variety of flowers. Ten different flowers are adorned specially by Ganesha which include Arka, Punnaga, Vakula, Japa Kusuma, Champaka, Parijatha (night jasmine), Oleander, Shanka Pushpa, and more. Durva grass is an important offering to Ganesha without which puja is considered incomplete. Following the puja, sweets and savouries are offered to all devotees. When it is Ganesha Chaturthi, it means Modak-galore. Modaks are made of rice flour dough with a sweet coconut-jaggery filling. Modaks have evolved over the ages with different types of fillings being used. It includes black til, urad dal, chocolate, and jaggery. In Karnataka and Andhra Pradesh, a day before Ganesha Chaturthi, Mangala-Gowri Vrata is observed. When devotees bring home Ganesha, they also bring home His mother Gowri as it is she who made Ganesha. This event is also celebrated in some parts of North India and there it is known as Hartalika. Women of the house also make a murti of Gowri with turmeric which is adorned with Kumkum, flowers and leaves. In Rajasthan, the murtis of Ganesha are bathed in red Kumkum.

In Maharashtra, the celebrations last for almost ten days culminating on Anant Chaturdashi. On the tenth day, the murtis are immersed in water while praying to Ganesha that he must come back again next year. Ganesha Chaturthi was celebrated on a grand scale during Maratha rule, especially when Shivaji ruled. Later, freedom fighter Bal Gangadhar Tilak popularised Ganesha utsav in 1893. The British had prohibited formation of large gatherings in the fear of a revolt. Going against it, Tilak organised large pandals bringing large communities together. Loud chants of Ganapati Bappa Morya (Oh Ganpathi, my father, come forward and bless me)  and Mangal Murti Morya (Oh Auspicious Lord, come forward and bless me) are heard across the state.

Away from India, the Indian diaspora in the USA, the UK, Canada and others also celebrates it with the same grandeur as in India. Apart from Indians, Ganesha is celebrated in Japan, Tibet, Thailand, Cambodia, and Mauritius. Ganesha utsav in Mauritius is celebrated in temples or individual homes. A traditional dance is performed after the puja and aarti.

In Japan and Tibet, Ganesha has been associated with Buddhism. In Japan, Ganesha is depicted as a male and female elephant hugging each other. He is referred to as Kangiten in Japan and is worshipped by merchants, actors, and many more as He is believed to be endowed with power.

In Tibet, Ganesha was introduced by two Indian Buddhist leaders in the eleventh century AD. Many religious works on Ganesha have been translated and many new works have also been composed that details His worship. Ganesha is worshipped in many South East Asian countries as well. For instance, in Thailand, Ganesha is referred to as Phita Phikanet. Ganesha is revered as the deity of good fortune and a remover of obstacles. Ganesha is associated with fine arts and trade, and is part of the logo of Thailand’s Department of Fine Arts. Thai Buddhists celebrate Ganesha Chaturthi at the same time as India. There are shrines to Ganesha across Thailand.

Murti-making is a very sacred process and requires rituals that must be strictly adhered to. Nowadays, clay is available in the local markets and many householders have taken up murti-making for their own homes. It gives them a chance to be creative and a sense of fulfillment. Murtis are also immersed in buckets of water that is later poured in their garden.

With celebrations happening worldwide, we pray to Ganesha for a healthy and a happy world. Team CSP wishes everyone a very happy Ganesha Chaturthi.