Classical Indian Art Forms Have A Huge Heritage, Almost Unknown To The Rest Of The World: Katrina Rute 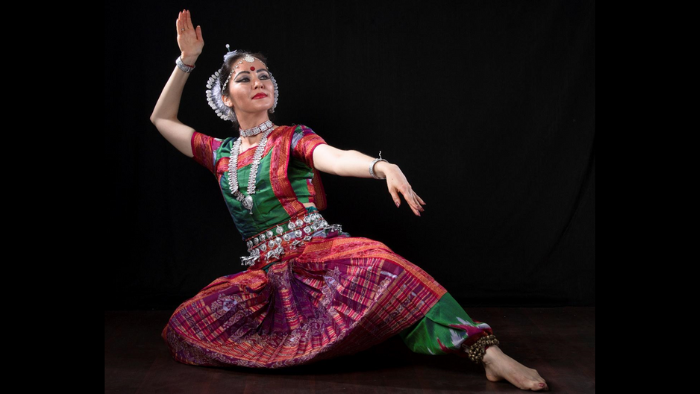 Interview by Smt Swetha Raghunathan. Swetha is the author of 15 books. She has studied storytelling at Kathalaya. She has completed her MA in Writing from the University of Warwick. She has been a recipient of the Charles Wallace India Trust Award and The Times and Scottish Book Trust Jura New Writer Award. She currently writes as a guest author for the Center for Soft Power.

Odissi is considered to be the most lyrical and feminine dance style among other classical dance traditions from India. This dance form takes its origin from Orissa, East of India. The first mentions of Odissi date back to the 2nd century BC. The history of Odissi dance has been traced to the early sculptures found in the caves in Udayagiri, and the main positions of the dance are the copies of temple sculptures.

Initially Odissi was developed as a temple dance performed by maharis (temple dancers) for the Lord Jagannath; it has also absorbed the influence of the tantric cults that existed in Orissa. Almost extinct during the British Raj, it was reconstructed and reborn in 20th century thanks to the efforts of the great gurus – Kelucharan Mohapatra, Devaprasad Das, Mayudhar Raut and others. 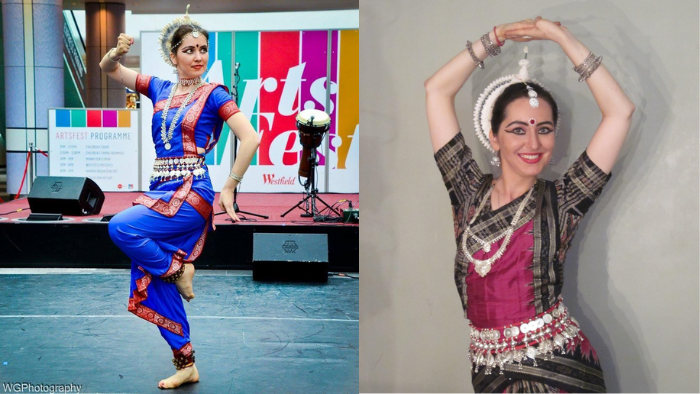 Katrina Rute is a versatile dancer, from Latvia living in the United Kingdom, trained in several Indian classical dance styles: Kathak (Jaipur gharana), Bharatnatyam (Kalakshetra style) and Odissi (Kelucharan Mohapatra's gharana). She started learning Odissi in Sweden with Anette Pooja, then continued in London with Swapnokalpa Dasgupta and Urbi Basu in Bharatiya Vidya Bhavan where she passed her Odissi diploma exams with distinction; she has also had a course in Odissi Dance Academy in Bhubaneswar, India, and participated in workshops conducted by prominent dancers and dance gurus, such as Sujata Mohapatra, Poushali Mukherjee, Madhavi Mudgal and Ileana Citaristi. She also has a strong theoretical background in classical Indian dance forms as she conducted research on various topics within this sphere for her bachelor’s and master’s papers.

Katrina has been teaching dance for different age groups for nearly 20 years; she has been performing nationally and internationally and took part in various culture events, workshops and TV shows in the UK, Latvia, Sweden, Poland, Lithuania, Russia and other countries. Among the most notable performances were Diwali and Ratha Yatra celebrations on Trafalgar Square, shows in the British Museum, the House of Lords and the House of Commons, Indian PM welcoming ceremony in Wembley Stadium, performances in the Nehru Centre, Bharatiya Vidya Bhavan, the Alchemy Festival in the Southbank Centre, Hammersmith Arts Festival, Royal Festival Hall/Southbank, the Royal Asiatic Society etc. Currently Katrina is teaching Odissi in Bharatiya Vidya Bhavan. She has also given workshops in classical dance technique, acting skills (abhinaya), mudras (hand gestures) and story-telling for different age groups.

Katrina spoke to Indica Soft Power about how Odissi impacted her life and what Odissi and other Indian performing arts have to offer to the global arts platform.

Why did you choose Odissi as your preferred dance form?

I see Indian classical dance traditions as a unique way to grow combining physical, emotional and spiritual aspects of training. The visual beauty of Odissi dance is captivating, and along with the stories portrayed in movement it creates a unique experience both for the performer and the audience. 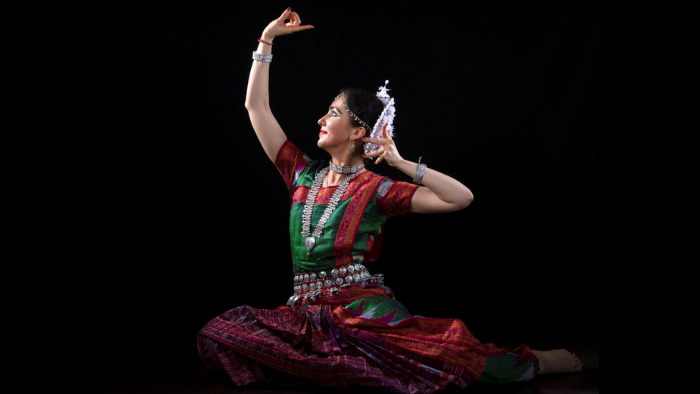 How has Odissi impacted your life?

I'd say that Indian classical dance in general had a huge impact on me as the training is not just physical. It requires a lot of patience, discipline and mental training. Unlike many other spheres, here one should not be focused on the end result (as it kind of doesn't exist) but rather on the process. Dance has always been a refuge and saviour in difficult times, and whenever I dance, I feel it's the better version of me. Thanks to Odissi, I've learnt so much about how the body works, I've worked on my acting skills. The respect and gratitude towards my teachers, even if they are not around, is always there, and it teaches you to be humble. It taught me strength and self-confidence.

What does Odissi or any Indian performing art have to offer to the global arts platform?

Classical Indian art forms and dance in particular have such a huge heritage, almost unknown to the rest of the world. In the 21st century such art forms as Kathak and Bharatnatyam are becoming more well-known and popular, but Odissi is still not familiar to many. It's the unique technique which one wouldn't find anywhere, the unique ways of how the body moves and gets accustomed to these movements. It's the unique stories that are being told through dance, reflecting the heritage of ancient epics, of incredible classical Indian literary works, such as Gita Govinda, and of course local Oriya (in case of Odissi) heritage. On the other hand, a lot of dancers are trying to use Odissi to express the modern concepts and tackle the current problems in the world (climate change, wars, self-identification) and of course to explore the eternal problems of love, relationships, self-realization etc. It's a vast ocean, where every handful of water taken can help to create something new and unique. 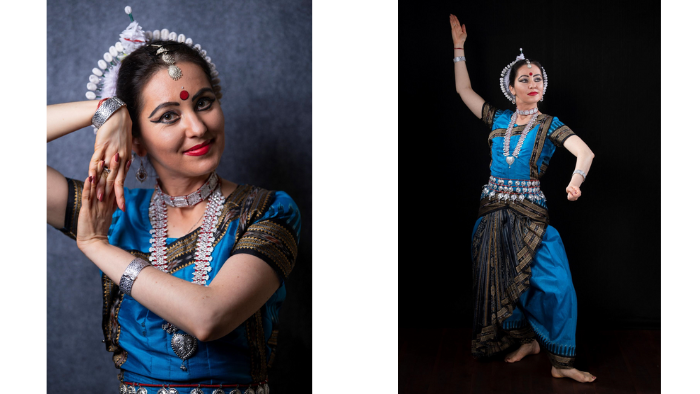 Odissi dance faculty was launched in the Centre for Indian Arts and Culture Bharatiya Vidya Bhavan, London in 2008 by a famous dancer Swapnokalpa Dasgupta, and it successfully continued to develop under Urbi Basu and now by Katrina Rute. Bhavan is the only school in the UK that offers systematic Odissi training and gives an opportunity for students to do the exams and get a certificate upon completing the courses.