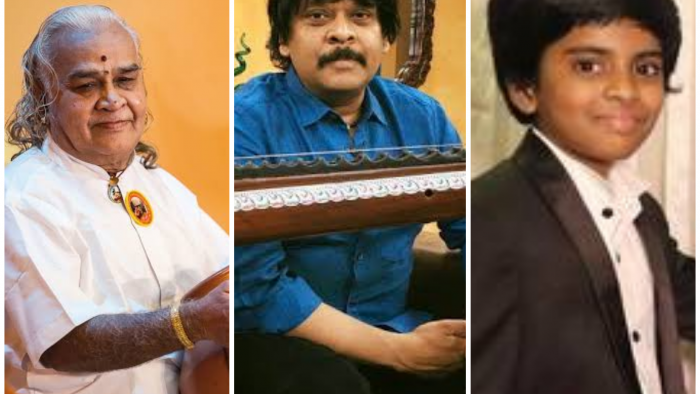 Hu Shih, the Chinese philosopher who passed away in 1962, is quoted often for saying, “India conquered and dominated China culturally for 20 centuries without ever having to send a single soldier across her border.”

There is no better way to understand the term, 'soft power' than this; the power to influence with our culture and tradition.

The Center for Soft Power is the 4th Center of India Foundation established in collaboration with Indic Academy. Based in Chennai, the Center has embarked on a unique project labelled, Chennai Soft Power 30.

Through this endeavour they bring to you a series of interviews with 30 top-performing artists of Chennai in the field of music and dance.

Listen in on how they got to go overseas, perform to diverse audiences and leave behind a fragrant reminder of the heights our culture has managed to achieve by blending spirituality with rhythm, movements and melody.

A ghatam is just an earthen pot. In Vikku Vinayakram’s hands it is an instrument that transports you into a pulsating rhythmic space that is exhilarating.

His first trip out of India was in accompanying the ever-melodious M S Subbalakshmi for a concert to promote world peace. He says Zakir Hussain is like a brother to him --- they have no common language but the rhythm of their instruments!

When Mickey Hart (Grateful Dead band) insisted that the Grammy award for the album they had created with percussionists from seven countries must be shared by all participants, Vinayakram wrote away his royalty to Maha Periyava --- such is his devotion to music and his guru.

Listen to the whole interview here.

Rajhesh says he was forced to learn to play the veena because that was his mother’s wish. He was formally trained under Chitti Babu --- the great veena maestro --- at the latter’s gurukul for three and a half years.

Rajhesh went on his first tour abroad during his tenth board exams, to Australia. He has participated in the Festival of India tours accompanying eight dancers on as many occasions to Russia!

He says his veena sounds unique as he works hard to make it so and the one country that he wishes to perform in, is Japan.

If ever there is a soul for music it is in India. These words by Rajhesh express why Indian classical music is so elevating and satisfying for anyone, anywhere.

Listen to his interview here.

Lydian is the ‘Mozart of Madras’ playing Western Classical music on the piano with such ease as to leave you wonder struck.

If that is not breathtaking, he has also performed by playing, on two pianos at the same, different tunes on each simultaneously!

This child prodigy is lovingly nurtured by his family and he says that he plays his music to make others and himself happy.

Even having achieved so much already, the little champ says his career is just beginning, that he has a lot to learn and that he must keep practising to get better.

Such dedication, such humility is what defines great love for one’s calling.

Listen to him playing and answering questions here

This is only the beginning of the Chennai Super 30 series. Stay tuned for more.

(This article was originally published in Swarajya Magazine)