Caring for Life We Cannot See: Marine Conservation in India 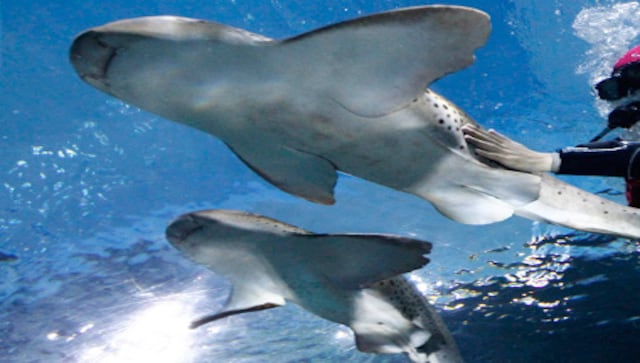 The Whale Shark Conservation Project is an attempt to conserve whales in India. WTI (partnering with CSP for Srishti Sambrahma) along with the Gujarat Forest Department and Tata Chemicals Limited (TCL) has been involved in scientific studies of whale sharks through photo-identification, genetic analysis and satellite tagging. The project also explores establishment of whale shark tourism in India, to benefit coastal communities who play a critical role in marine wildlife conservation.

The project receives significant support from the Australia-India Council (AIC) particularly in exchange of knowledge between the two countries.

Evolving from the Whale Shark Campaign, the project was formally launched in November 2008, beginning with the formation of a Scientific Advisory Council and a Governing Council to facilitate its implementation. While the SAC includes Indian and international marine experts, the GC includes the project implementers and senior Gujarat Forest Department officials.

Currently being implemented by the field personnel of the forest department and WTI, efforts are being made to build capacity of the fishermen to facilitate their direct involvement in whale shark studies.

India began contributing to global whale shark research with the initiation of photo-identification in 2010. The first individual from Indian shores was identified in April. It has been labeled as I-001 and was a new entry to ECOCEAN’s global database. Sajan John has a Master’s Degree in Marine Biology and joined WTI in 2014. He manages the marine projects of WTI which includes the Whale Shark Conservation Project along Gujarat, Kerala and Lakshadweep; the Coral Reef Recovery Project at Mithapur (Gujarat); Mangrove conservation project in North Kerala and Mobulid distribution Survey along the Indian coast. He spoke to CSP about India’s marine life conservation.

I started off with spider research during my bachelors. After that I got interested in ocean science. So I explored the possibilities of learning marine science and got admission for Marine Biology for my masters. I am from Cochin, a small coastal Town in Kerala, famous for its beaches and backwaters. May be another reason to get attracted towards the sea.

How does India fare in Whale/shark conservation? Have numbers been sustained, dwindled?

Whales are mammals and sharks are fishes. Both are two different groups. There are no major threats to whales. But sharks are commercially exploited for their meat, fins and other body parts. Hence, the threat faced by sharks are much higher compared to whales. We don’t have a clear number of whales from our water. Since sharks are exploited, their numbers are alarmingly reducing.

How is marine life conservation and care prioritised vis a vis wildlife on land?

In India, marine conservation has got only the least priority. People tend to admire and protect what they see. So, terrestrial wildlife conservation has gone way long. The marine habitats for example coral reefs, sea grass etc are under water. The animals that are dependent on these habitats are also underwater. Since we don’t know what all lives underwater we don’t bother to care for them.

Is there interest in scuba diving to explore coral reefs? Is it adequately regulated and licensed?

Which are the marine species that attract global attention?

What has been the most exciting aspect of researching mangroves?

Mangroves are one of the largest carbon sequesters. They have an amazing capacity to protect the shorelines from natural calamities like cyclones and storm surges. So, mangroves are very important for human kind, whether on coastal security or livelihood security.  You will not see a habitat like this.