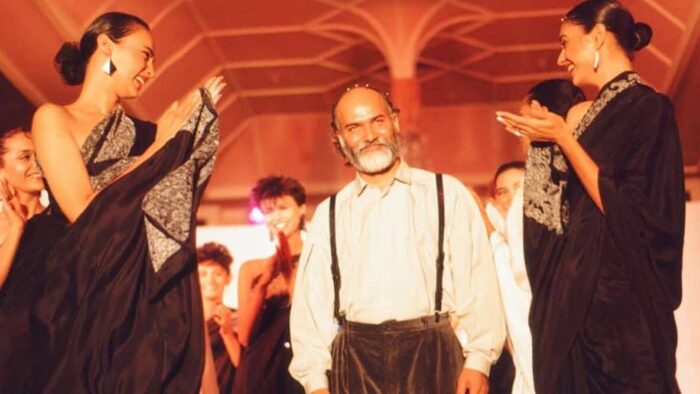 We knew him best for his bold colors which took Indian fashion to the next level. This week, India lost a beautiful son, designer Satya Paul. Born in pre-independence times during 1942, Satya Paul stayed at Isha Foundation in Coimbatore district since 2015, and passed away there on January 6.

One of the first Indian designers to reach international critical acclaim, and show a new power of India to the world, he was truly a global artist. Paul’s work was inspired by icons from around the world, including India’s own Raja Ravi Varma, S.H. Raza, and the great kingdoms and epics of our land, as well as global names such as Pablo Picasso. Paul incorporated these ideas into his women’s saris and kurtas as well as accessories for women and men. Paul’s brand also collaborated with a number of local and international NGOs on various social causes, such as Think Pink for Breast Cancer Awareness and World Wildlife Fund.

Satya Paul entered into the field of retail in the late '60s and started exporting Indian handloom products to high-end retail stores in Europe and America. He, along with his son, launched the first saree boutique in India in 1980 and founded the eponymous fashion clothing brand in 1986. https://fb.watch/2THgMwtkKS/ Choosing to live out his last breath in the peaceful ashram in the presence of Sadhguru Jaggi Vasudev shows the importance of spirituality in the Indian life. Having gone through the various varna-ashrama stages prescribed by the scriptures, including studenthood and grihastashrama family life and earning money, Paul developed his brand and then turned its helm over to his son in 2000, in what might be termed as vanaprastha, or retirement from active duties and allowing the next generation to rise, literally. A decade later, he exited the company completely, transitioning completely to ashram life, perhaps indicative of sanyas-hood, at least in his own mind: he was eager to leave this world at the feet of the master.

Paul was truly an icon of India. His work will forever brighten the lives of connoisseurs (Indian and international) across the world, and, in line with the Indian tradition, pass down light from generation to generation, showing the soft side of India through his art. His life, moreso, shines a light on a path of Dharma for modern times, a true tribute to the Indian in this great man. 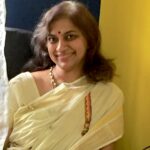 Sowmya Ayyar is the Founder of Prafull Oorja Charitable Foundation, training yoga therapists to work with communities in vulnerable conditions such as special needs children,Read more