A Festival to Celebrate Dikshitar and Beethoven, Raga and Harmony 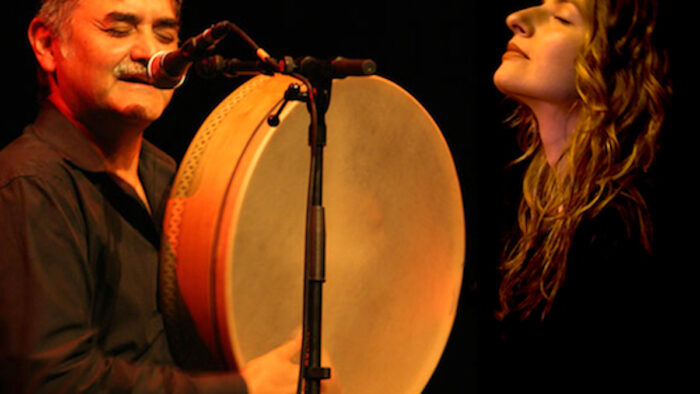 Carnatic composer Mutthuswamy Dikshitar and Western classical music’s Ludwig van Beethoven were born just five years apart. While the world celebrates the 250th birthday of Beethoven, Indian musician Chitravina N Ravikiran has put together the 10-day Dikshitar-Beethoven Melharmony Festival from Dec 26, 2020 to Jan 4, 2021 bringing together Grammy and other Award winners as well as scores of emerging talents from several countries.

Tune in to https://shaale.com/live/melharmony to catch the music. Like the festival’s previous editions since 2013, this year’s event features works of two master composers who scaled the peaks of creativity in the worlds of melody and harmony.

Indian music is largely melodic using a succession of notes, lying within the framework of ragas. Western music focuses on harmony and counterpoints creating multiple layers.

Melharmony, proposed by Ravikiran explores chords and counterpoints anchored on melodic progression of evolved systems such as Indian Classical, in sharp contrast with the traditional Western approach centered on harmonic progression.

Melharmony has also been developed significantly from a Western standpoint by American composer Robert Morris of the Eastman School of Music. Speaking on the similarities in the music sensibilities, approaches and contributions of Beethoven and Dikshitar, he says “Both are pivotal and unique composers in their respective traditions. Both had supreme control over the technical and learned aspects of their musics. Both have a strong sense of the spiritual potentials for healing and release from suffering as posited in their respective religions. Both advanced new, unique and influential forms of musical continuity and expression.”

Professor Morris adds that learning music from two or more cultures provides the same benefits as being able to understand and use different verbal languages. One gains new ways of expressing human values but within a different world view and sensibility. This provides diversity in one’s musical understanding, something that is a very important requirement for peaceful human interaction in today's global situation. More specifically, Indian music musicians can learn about features of Western music such as texture, instrumentation, harmony and counterpoint. Western musicians can learn about the sophisticated aspects of Indian music such as melody, ornamentation and rhythm. And classical western musicians who do not improvise will learn much about that form of musical spontaneity from studying Indian music.”

He adds that since melharmony is harmonic development using music melodic structure as a guide, there is no limitation to the types of forms, improvised or fixed, that can be lend themselves to such collaborations.

Four time Grammy winner Glen Velez and vocalist Loire Cotler speak about how learning the two systems can enhance the music. "The rhythmic principles in South Indian music has benefits for every musician. It's an extensive exploration of rhythmic possibilities. The forms and legacy of the great compositions of Western music can certainly give any musician from any tradition an inspirational insight into the nature of music.”

“We believe Melharmony has a wonderful creative potential to transcend the imaginary barriers between the different kinds of music around the world,” they add.

One of the pieces, Snow Princess, is being presented by celebrity artists joined by scores of students from American Schools, trained by Middleton High School Orchestra Director Steve Kurr and Memorial High School Band Director Ben Jaeger. This piece, to be presented on 27th Dec focuses on climate change.

Carnatic composer Dikshitar was the first composer in the world to explore an East West fusion in the late 1700s when he composed Sanskrit songs based on Western orchestral melodies. His younger brother, Baluswami Dikshitar was the first to introduce the Western violin to Indian Classical music and today it is one of the most prominent solo and supporting instruments in Indian music, especially in the South Indian Carnatic tradition.

Ravikiran says the spirit of Melharmony is to bring peoples of diverse cultures closer, musically and socially. I'm most heartened to see legendary artists and ensembles presenting my creations and I am equally thrilled to attempt to interpret Beethoven on the versatile Chitravina.”

Indeed it is a coincidence that three of India's greatest composers were born just a few yards from each other in Thiruvarur in Tamil Nadu at the same time as Beethoven and Motzard across the shores. A celestial happening that has given us the greatest music the world will ever hear.